I have been on a hunt for a while to find the Legendary Katori's World. An abandoned amusement park in Taiwan. When I mention the name the Taiwanese tell me about horror stories of people being killed there and a girl in a red dress. Truth is an earthquake happened and it never reopened. I searched on the internet to find out its location. After finding it on google we set out to find Kartori's World.

The first week we spent hours walking around trying to find it, getting way off of the map...everything is in Chinese here and the roads are confusing enough as it is. We ended up way south off our course, eventually getting help from a nice man and his family to guide us on our way home.

The next weekend, I spent some more time on google before we hit the road. I used the special street view technique to help me look for things that I will see on the way to keep me on course.  However things got a little confusing not to far of the start causing us to do a lot of guessing without any guidance from the map. 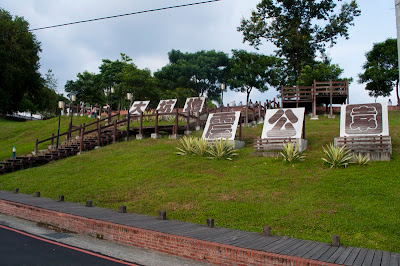 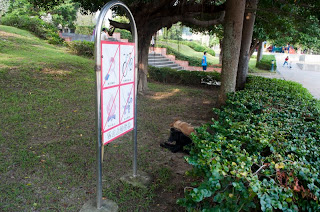 On the way we found this park called Dakeng Earthquake Park. The sign says no baseball, bikes, fire, or dogs allowed in the park. Right under the sign is 3 dogs and over by the stairs in the blues shirt is a man playing baseball.

Update - This school that was damaged by an earthquake has been torn down. 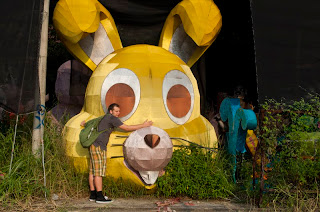 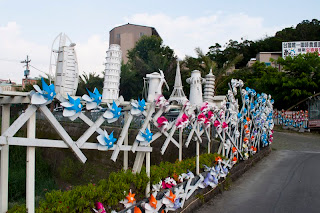 We found this cool bridge with a bunch of little windmill things. The place hosting this display wanted to charge us $100NT ($3) to look at their other paper designs. We opted out and moved along. 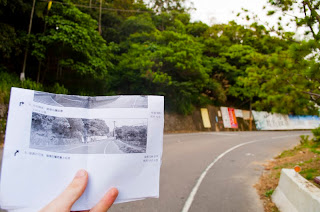 We got a little lost. So I asked someone where I was on the map. They pointed us in the direction we needed to go. Finally we found a location (after guessing a few more turns) that was on our map. 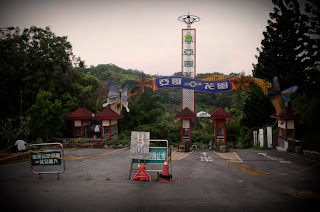 When we finally arrived, we noticed all the signs said Encore Garden's, not Katori's World. A minor confusion. After going back home we did a little research and realized we never made it to Katori's World but a different abandoned theme park. All over the internet it appears as if it is still open. 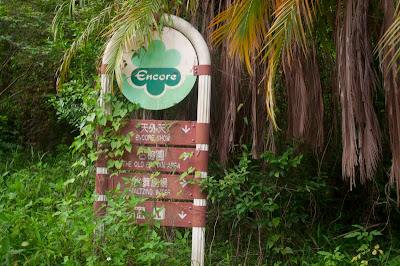 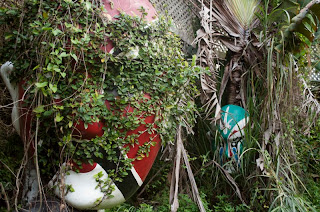 After earthquakes and such places just close down in asia, but are left with rumors of murders. In 1999 Encore Gardens brought over a million guest to Taiwan and now lays in ruins to be forgotten. 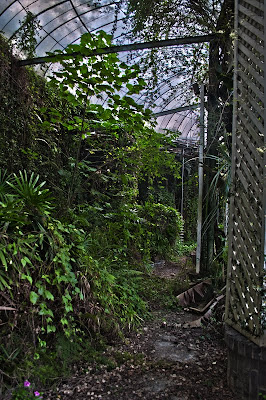 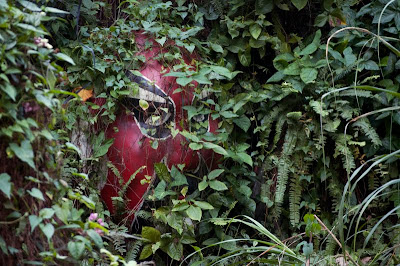 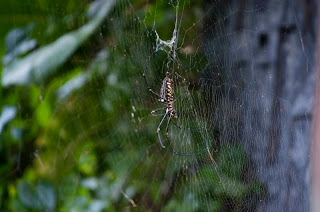 After doing a little exploring in a sea of over grown weeds we stumbled upon many of these giant spiders known as the Human Face Spider in chinese. Why? Because its as large as your face... 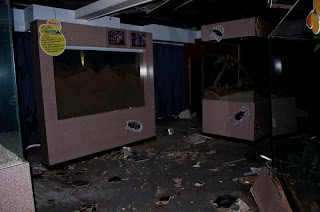 We left the jungle to a "less bug" inhabited place to Encore Garden's own bug exhibit. Inside the building it was almost pitch black. Only the focus light from my camera allowed us to see. (Someone borrowed the flashlights we borrowed which caused us not to have any flashlights on hand.) 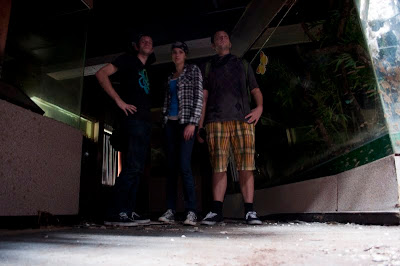 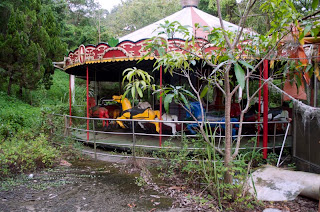 Once full of laughter now grazed with dust. 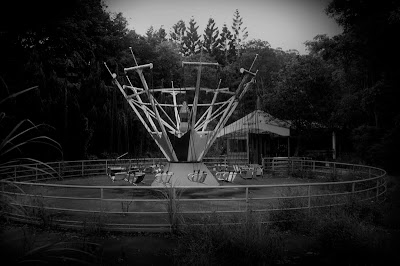 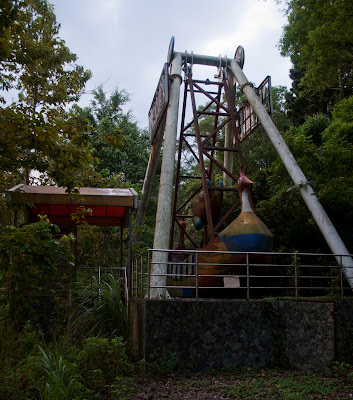 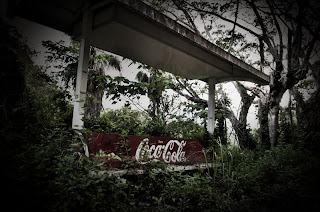 Once proudly supported by Coca-Cola. (Image Below - Bridge to a tree fort of some kind) 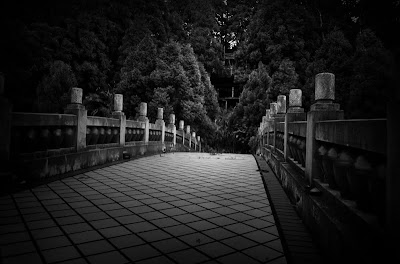 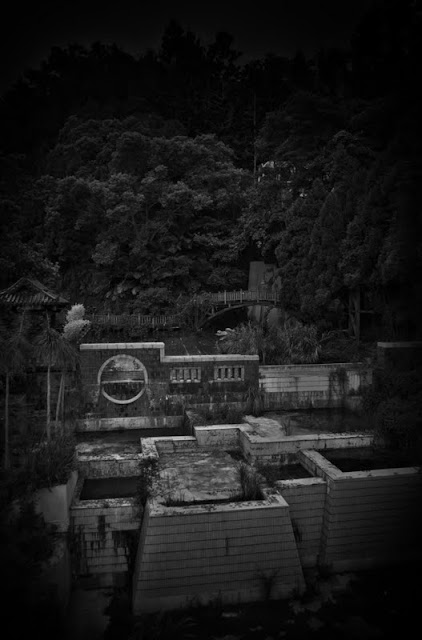 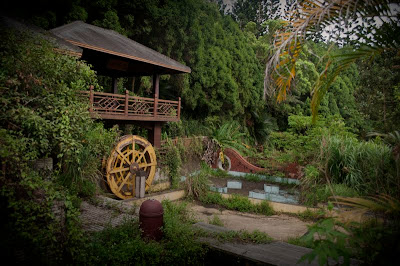 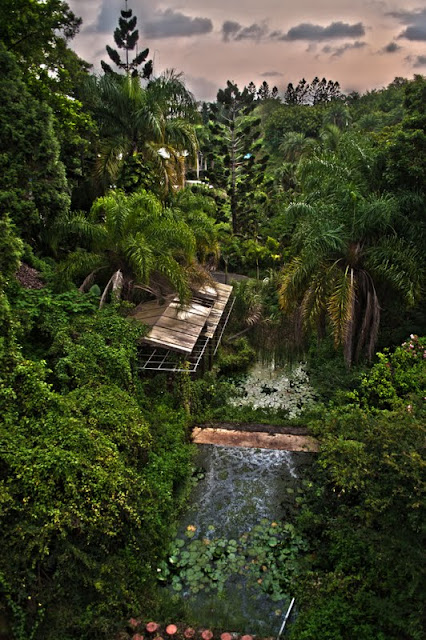 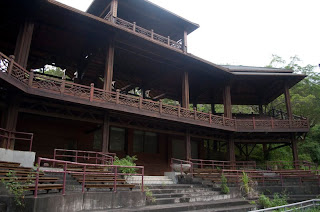 A audience of people use to sit here watching performances and plays. 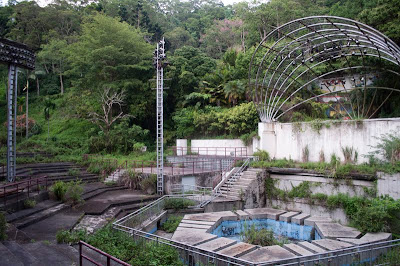 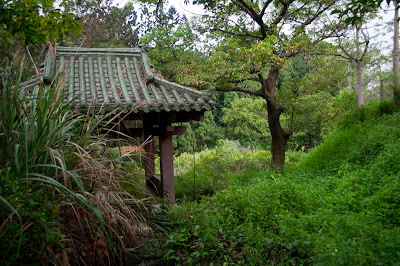 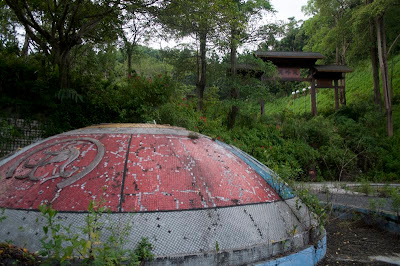 Update 2016 Feb - One of my photos has been featured in a Redbull article about abandoned theme parks in Asia. RedBull Article

Connect to our Ministry